You are here: Home / DIY / 25+ Cinder Block Projects You Need for the Homestead 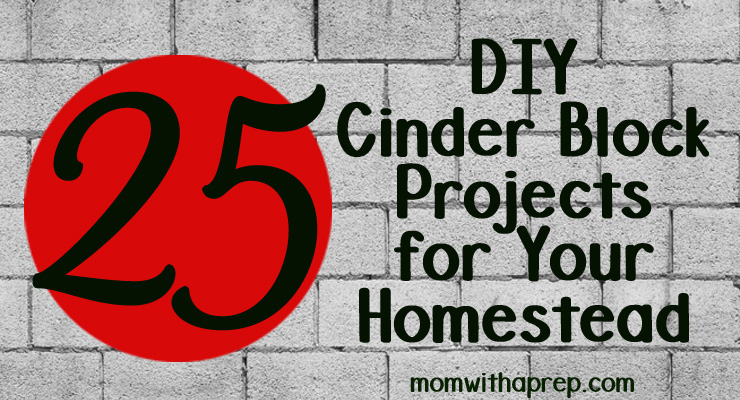 You have all of these ideas, but never enough money to make them come true. But have you thought of other ways of putting those projects together with materials that might not cost as much and can be upgraded for a fraction of the cost of the original project idea?

That’s one reason why I love cinder block projects. They’re inexpensive, sturdy and can help you create awesome projects for the homestead without shelling out a ton of money. In fact, we just used some cinder blocks to create a foundation for our new shed! Plus you can upgrade them to make them look nicer.

Besides the typical house foundations that use cinder blocks, here are some other ideas for around your own homestead whether large or small.

Bed Base – make sure to design it to fit your mattress or it might be uncomfortable. If you use the cinder blocks as a frame instead of a solid base, plus some plywood to put over the blocks, you might have some creative storage underneath your bed as well as in the holes of the blocks.

This may not be the most frugal of options as metal bed frames are pretty inexpensive, but it is an idea!

Bench with a Back

Brick Rocket Stove This project was made with cinder bricks instead of cinder blocks, but it here is a cinder block rocket stove.

Compost Bin – This site includes plans on how to build the bin. I would make it 3 bins because I love the idea of turning one bin into another and having the 3rd bin for the ready compost to use, but 2 will also work. Chicken wire is a great cheap alternative to keeping it all intact.

Flooring or Patio Base

Kindling/firewood holder 2 This was made using 2 halves, but you can use a single or cut out the middle of a cinder block and stack them. Remember to seal seams if you cut it in half.

Retaining Wall – this one at an elementary school makes a retaining wall even more useful for kids learning to grow their own food and learn gardening skills.

Shelving (and check out their DIY Root Cellar in the process!)

How to Decorate Cinder Block Projects

Let’s face it – we want awesome cinder block projects that are amazing, and we want them to look good when we’re done. Cinder blocks don’t necessarily weather well for those who like a little color in their home/yard, so here are some ways to spiff it up!

Note: For cinder block projects where you are using fire, remember that cinder blocks weren’t made to withstand high heat, and there is a remote chance of breakage due to extreme heat. Use caution.

YOUR THOUGHTS: Have you created any cinder block/brick/slab projects you’d love to share? 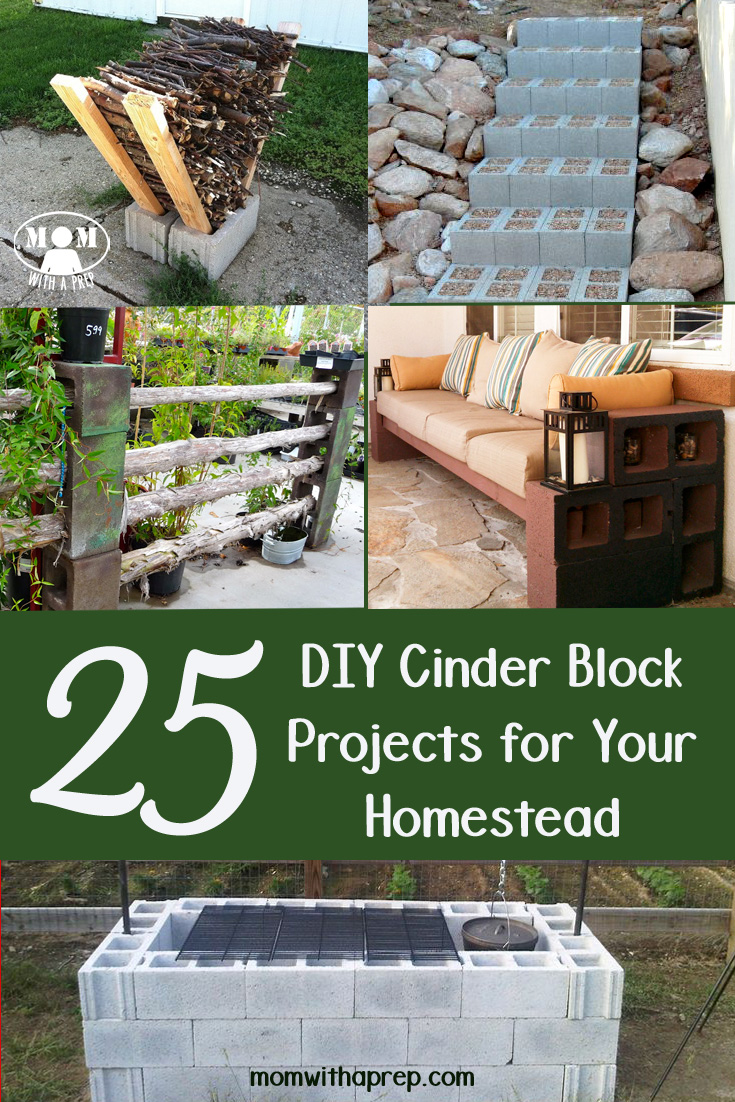