You are here: Home / Library / I Read it For You: CyberStorm by Matthew Mather Book Review 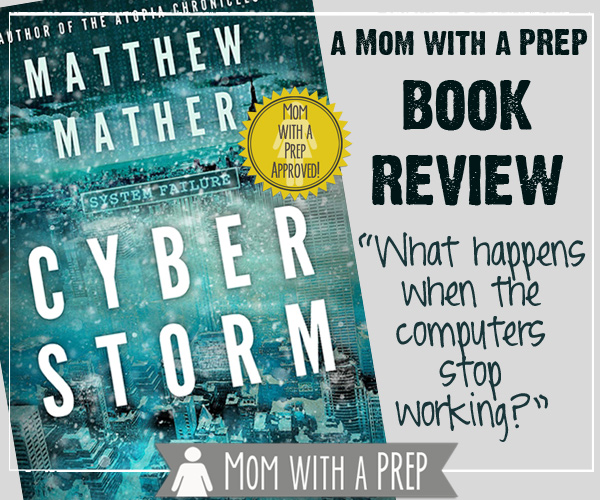 You’re going along with your life, happy as a clam, and things begin to go wrong. Your best friend has been trying to warn you, and has been stockpiling things that you just always laugh about, but what if he’s right?

So the story goes in this cyberthriller by Matthew Maher. With an entire world connected to the grid via the internet, just what happens when a cyberattack happens…and we can’t stop it?

“Sometimes the worst storms aren’t from Mother Nature, and sometimes the worst nightmares aren’t the ones in our heads. Mike Mitchell, an average New Yorker already struggling to keep his family together, suddenly finds himself fighting just to keep them alive when an increasingly bizarre string of disasters start appearing on the world’s news networks. As the world and cyberworld come crashing down, bending perception and reality, a monster snowstorm cuts New York off from the world, turning it into a wintry tomb where nothing is what it seems…”

Cyber crimes are happening constantly, all around the world. How often do you hear about retail chains being hacked for banking account information. And what about all of the untold attempts to get into governmental agencies and large corporations? Cyber attacks are all around us, and one day, one just might make it through …. and how will you live?

Mike Mitchell, a small businessman with a wife and son, lives in Manhattan, and owns a company who sells your ‘interest’ information to other companies. His best friend, Chuck, owns a chain of restaurants and lives in the same building and is a bit of a prepper. He has all sorts of theories of things that can go wrong, but Mike just shakes his head and laughs it off.

It is winter in the United States. One day, the internet begins to go wonky. Cell phone service begins cutting out. News reports are coming in on a weird problem with coverage. Then the power goes off. Mike still isn’t convinced anything is wrong, but Chuck wants to evacuate his family and Mike’s to a cabin in the woods. When the power is restored, Mike take a big sigh of relief, until he realizes that things still aren’t quite right.

Then the power goes off for good…and the winter storms begin to hit one after another in a seemingly evil ploy to bury New York City.

With communications not being trustworthy, and information sketchy, they have no idea what the real story is. So they begin to hunker down using Chuck’s supplies, and ride through what Mike is sure is just going to be a few days inconvenience.

When Manhattan is quarantined to the rest of the country, the real survival begins.

What I liked about this book: 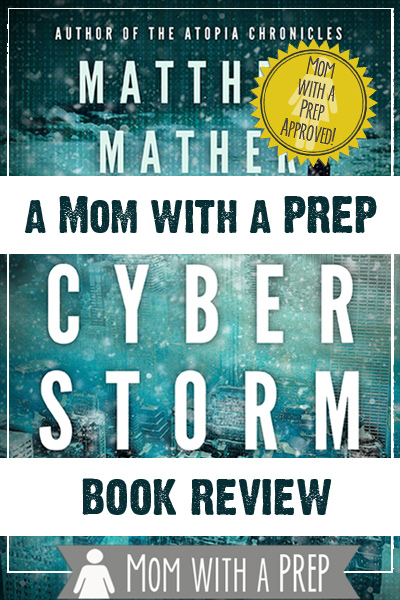 CyberStorm is available free for Kindle Prime subscribers, for $2.99 for the e-book version, and $10.69 for the paperback.