You are here: Home / DIY / How to Make a Solar Cooker with Trash 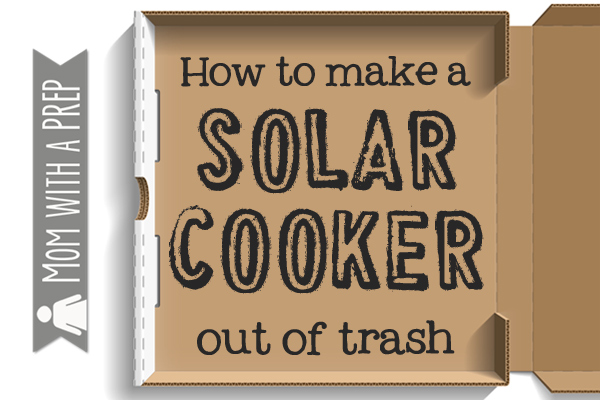 Thinking ‘inside the box’ and some ingenuity,  a solar cooker can be made out of trash you find anywhere. Have an old satellite dish you’re not using any longer? What about that pizza box from yesterday’s lunch. Or the Amazon box that came from the  UPS man…or even a Pringle’s can! All you need is some imagination, some aluminum foil & duct tape (well, maybe a few more bits…but that part won’t be hard!) This week, follow along with Pintersting Thursday as we show you how to make a solar cooker from trash!

How to make a Solar Cooker from a Satellite Dish

How to make a Solar Cooker from a Large Box

This particular project has some great ideas for making it more useful and servicable with hinged lids and propped arms.

How to make a Solar Cooker from a Small Box

How to make a Solar Cooker from a Pizza Box While this is shown as mostly a science project for kids to make s’mores in, it actually does serve a purpose for small-scale cooking/reheating. We’ve actually made a version that inserted a piece of picture frame glass (or you could use plexiglass) into the lid of the pizza box to create a closed oven that gets higher temps than this open box version.

How to make a Solar Cooker from a Windshield Sun Visor

If you can find these at the beginning of the season, dollar stores are a great place to grab a few!

How to make a Solar Cooker from a Pringles Can

Try using an oven bag to then put over the opening of the can to create a better retention of solar energy and create a steamer!

While the Pringles can seems a bit absurd, the idea that you can create a Solar Cooker from so many different objects lets you know that with a bit of ingenuity, you can cook without electricity, gas or fire if you can think “inside the box”.