You are here: Home / Food Storage / Canning / What Is Canning and Pickling Salt?

Make your own canning and pickling salt when you’re in a pinch for some! 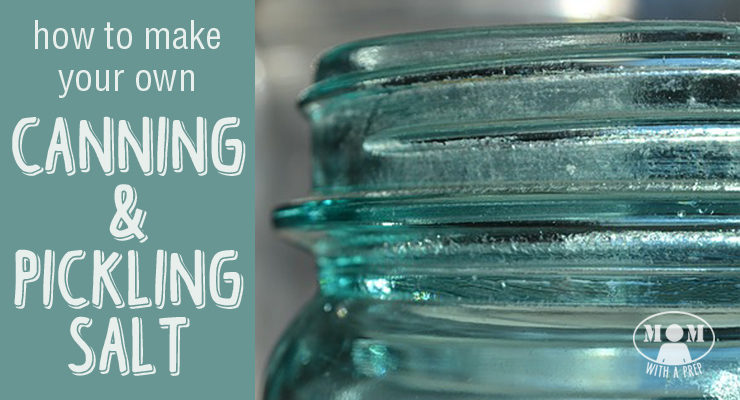 What Is Pickling Salt?

Pickling salt is often called canned salt, rock salt, sodium chloride, or just salt. Whether you’ve considered it before or not, there are many types of salts that all have different tastes, textures, and abilities. Pickling salt brine is as thin as grains of rice, but without any additives which other sodium ingredients tend to have. It’s the finest type of salt you can purchase, too.

This sodium ingredient has many purposes and is usually used similarly to regular table salt. Use these salt crystals to season fries and popcorn without cooking the ingredients to explore the taste.

This salt’s history is fascinating. For nearly 9,000 years, this salt wasn’t preserved, and people only used it with fresh food and vegetables. We take salt for granted, but this ingredient has caused controversy amongst communities and organizations as obtaining it was never as easy as it is today.

In modern times, the salt is dug from a salt mine or the sea when the water has evaporated and left behind salt minerals. Pickling salt remains in this state, and there are no further ingredients added to it – which makes it the freshest and healthiest type of salt you can get your hands on.

How to Make Your Own Canning and Pickling Salt?

The process of pickling isn’t too strenuous, and you can quickly produce your own at home.

First, though, consider if you can correctly store this type of salt, as it shouldn’t be near any moisture when settling. Store the salt in a waterproof container that is airtight so that the ingredients don’t react with oxygen and change from a light color to a darker shade.

Canning & pickling salt can be easily made by whirring kosher salt in a blender or spice grinder (or a handy-dandy coffee grinder used for the specific purpose of grinding every kind of seed, bean, and grain that ISN’T coffee).

Honestly, this process works. I took about a cup of kosher salt and ran it through the grinder. I got it pretty fine, to make sure that it could dissolve adequately in the canning process. Then I stored it in a mason jar next to my boxes of kosher salt and bags of sea salt. In the end, you’ll get perfect canning and pickling salt.

It was that easy. Try it. You’ll like it. You might want to keep a box of canning/pickling salt handy, but if ever you run out and those green beans are calling your name to be tossed in a jar with boiling water but you find out you’re out of canning salt, never fear. This trick will work!

What’s So Special About It?

Pickling salt has many benefits. Aside from the main advantage – being free from additives – it creates a presentable appearance for dinner parties. Its clear quality looks pleasing on vegetables, and this salt makes cooking easy, too, as it absorbs into fruits and vegetables. Many fruits and vegetables are preserved with pickling salt as a natural way to keep food at its freshest.

That’s it! I’m going to can. I just need some canning salt. Really? Canning salt? I can’t just use kosher or that table salt? I only use these in case I have to de-ice the driveway during a cold winter’s day during the zombie apocalypse (and I really wouldn’t do that – I just have a lot stored just in case)?? Great.

I can’t get to the store; the chicken can’t wait another minute before I’m afraid it will become zombie-fied and come to eat my brains. And the likelihood I’ll be able to find it in the middle of winter isn’t great as most places only stock it during canning season. What is a prepared kitchen chick supposed to do?

That’s the right word; I’ll just make my own. And it’s ridiculously easy! Like when making popcorn, the salt you use to can or pickle needs to be finer than kosher salt.

You also shouldn’t use ordinary table salt because it contains iodine which can discolor your food. Some regions of the country use table salt as it helps stave off thyroid problems. That would be bad. Very bad. Especially if you’re new at this, and you see the product you’ve just put so much work in to look like THAT?! You know you’ll never eat it…and you probably won’t even try to scan again. So don’t use ordinary table salt for canning. Ever.

What’s the Difference Between Regular Salt and Pickling Salt?

Pickling salt varies from other types of salt in numerous ways. First, canning salt doesn’t contain any additives, which gives the salt brine a healthier quality. Canning pickling salt also doesn’t use anti-caking agents which reduces any clumping for a smooth texture.

Another reason this salt doesn’t use anti-caking agents is to keep the rich color of the natural salt and doesn’t create any spoilage in the salt crystals. Pickling salt also comes in the finer ground than pure sea salt. It makes this salt as thin as grains of rice. Consequently, you can use pickling salt in liquids or brine to produce flavourful ingredients.

Pure sea salt weighs less than pickling salt. It means you have to use more ingredients, and consequently, get less value for your money. Many brands of kosher salt were designed to use with kosher meat. It also doesn’t contain additives for taste and texture. However, some brands of kosher salt use yellow ingredients to substitute for anti-caking particles. This salt has more weight to it than pickling salt. It makes it more suitable for seasoning meat, rather than adding to liquids or brine.

Although regular table salt is perfectly safe for pickling, this isn’t as beneficial as pickling salt. It is made using an exact pickling process without any additives.

Will You Make Your Own?

That’s it! I’m gonna can. I’ve watched the most excellent video by Kendra from New Life on a Homestead called At Home Canning for Beginners and Beyond (you can read my review of it here). I’ve got my chicken ready to go, and now all I need is some canning salt.

I found out the coolest thing, and it really works!

Canning & Pickling salt can be easily made by whirring kosher salt in a blender or spice grinder.

Honestly, it does work. I took about a cup of kosher salt and ran it through the grinder. I got it pretty fine, to make sure that it can dissolve properly in the canning process. Then I store it in a mason jar next to my boxes of kosher salt and bags of sea salt. In the end, you’ll get canning and pickling salt.

It was that easy. Try it. You’ll like it. You might want to keep a box of canning/pickling salt handy. But if ever you run out and those green beans are calling your name to be tossed in a jar with boiling water, but you find out you’re out of canning salt, never fear. This trick will work! 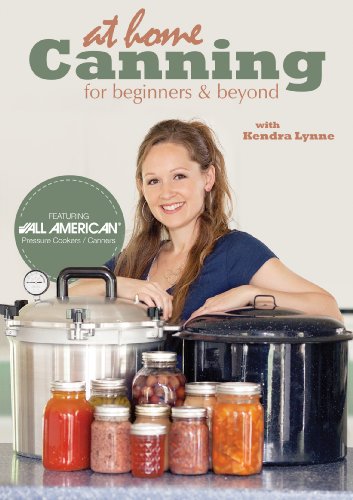