You are here: Home / HAM Radio / Tornado Preparedness – Train with SKYWARN and Help Your Community as a Storm Spotter 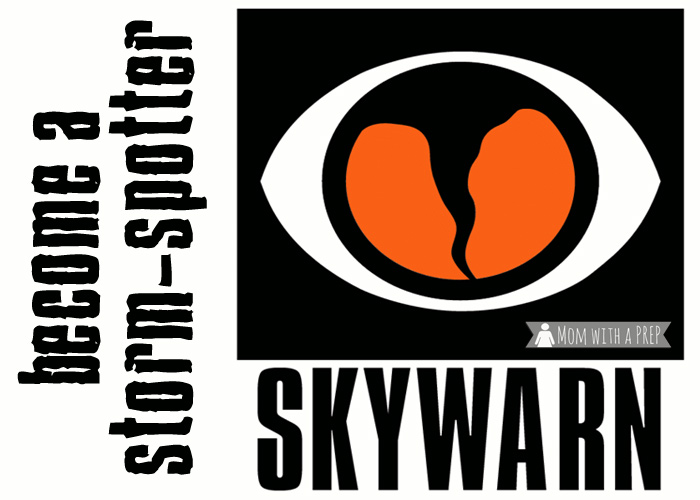 A year or two ago, my family took a class offered by the National Weather Service. SKYWARN is a program run by NOAA – National Oceanic and Atmospheric Administration  through it’s National Weather Service (NWS) that brings Ham Radio volunteers (amateur radio operators, firemen, EMT, emergency responders, etc.) from all over the United States to act as storm spotters. These are different from storm chasers that you’re used to hearing about. The goal for a spotter is not to get into the line of the tornado or bad weather event to get the best photo/video to be shown on Weather Channel or online, but instead Storm Spotters are there to help the National Weather Service get “ground truth” on weather events happening in their area.

Ground Trust is basically what is actually happening on the ground in a location, and it’s something the National Weather Service can’t see on RADAR. They can’t see that a funnel is forming – they can only see  rotation in the clouds that may lead to a funnel or eventual tornado, and they might see a debris ball on the RADAR after the tornado has already begun to do damage. But Storm Spotters can see Wall Clouds – those formations at the bottom of a Super Cell that breed funnels/tornadoes and are not visible on RADAR,  can tell the rotation, can give the NWS additional information that then allows the NWS to give more specific information when they issue weather alerts and talk to the media about what’s going on, which in turn gives YOU better information from your local media outlets. 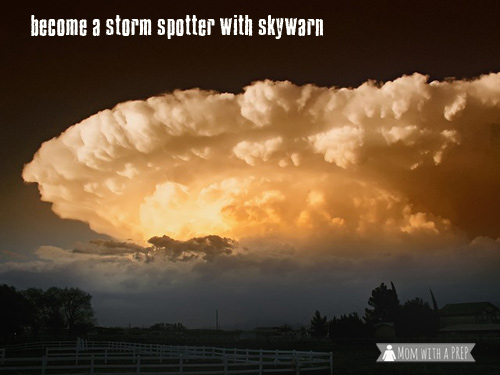 While we are not licensed Ham Radio operators, yet, we are working our way towards that, and wanted to take advantage of the program now, while it was available to us. We spent the day with local meteorologists who gave us great behind the scenes info on how weather events play out for them and what it looks like in their offices and on television, with National Weather Service folks based here in the area, as well as with local Ham Radio operators who work with the NWS to put groups of amateur radio operators together for information during the storms.

We learned about RADAR, how to interpret RADAR and its various filters and algorithms, learned about Super Cells and what makes them tick and how to use that information to better serve us in the field about where to be safely, the best information to give the local NET reporting to the NWS, and more. They also took us behind the scenes at the local National Weather Service office and what it looks like for them during a severe weather event and during training for those particular events.

Funny thing about our local weather. We had 40 tornado events in the 46 county area that this field office covers. 21 of them happened on the weekend of April 23/24. And the bulk of them were done by June. It was a more active spring for us (twice the normal events), but once the drought hit in late May/June, the numbers went down to 0 or 1 for the rest of the year.

One of the most interesting/scary bits of information we learned was how the Joplin tornado went from a suspected rotation in the clouds to an EF4 tornado – in 4 minutes. The NWS just couldn’t see what was happening below the Wall Cloud, and couldn’t get real confirmation of the tornado until the debris ball began showing up on screen. The tornado warnings were already sent out because they knew the conditions were ripe and they could see that it was happening, but within that 4 minute block, the tornado grew that quickly. One of the things that the report mentioned afterwards from interviews with people in the area was that they just don’t ‘listen’ to the warning reports any longer unless it’s from someone they trust (friend, family, etc.), NOT the NWS as it’s first line of warning. That was really sad to hear. Perhaps this is from the hyper-sensationalizing of weather that we’re being exposed to where every little storm has a name, where every event has to be blown out of proportion — people begin to stop listening. Ask those folks in the hurricane zones about how they react to hurricane warnings.

Tips to Become a Certified Storm Spotter with SKYWARN

There is an online course you can take, that doesn’t give you an official certificate, but you can still learn a lot. Learning to read the weather to help know what might be coming, in the event you don’t have access to emergency alerts or local media is one of the greatest skills to have, especially if you live in severe weather-prone areas of the country.

As a family outing, this was a great day. We came away having learned so much, getting a real idea of what it was like behind the scenes at the weather offices and television stations when a severe weather threat happens. It made us have a little more appreciation for them breaking into programming. While we are already big weather geeks, it gave us a better appreciation for the danger of severe weather, and left us with an even greater desire to help our community when the time comes. Perhaps it is something you’d like to do, too!