Square Foot Gardening Mistakes – our favorite method of managing a garden in a small suburban landscape. But we did make a few mistakes along the way. Learn from our mistakes before you tackle your garden!

The premise is to build a gardening box (in square or rectangle), put down a barrier, build a box, fill it with ‘dirt’, and plant. It’s based on a grid formula that gives you a square foot of planting space in each grid. Whether you build a rectangle or square, you’re using the most of the gardening space for your planting (as opposed to creating a large row-driven garden which isn’t really feasible in small spaces).

Note: While we love this method of planting, we don’t love Mel’s soil mixture as we don’t support the use of peat moss. Firstly, because of how it’s mined and secondly because it’s actually antimicrobial and can kill off the beneficial microbes that you’ve worked so hard to maintain. We use coconut coir, instead.

Our #1 rule is to feed the soil. Healthy soil brings healthy gardens and plants. Here are some other alternatives for you.

Here’s Mel Bartholomew, the creator of the Square Foot Gardening Method, with an introduction:

You can read more about his method here.

When we first began gardening, we were already going in the direction of square foot gardening in our thinking, we just didn’t know it. We knew we couldn’t plant rows and rows of space without taking up our entire yard.

We weren’t interested, back then, in planting corn and wheat and other row crops, and we certainly weren’t going to be harvesting with large equipment, nor were we going to have teams of planters and pickers to help. We wanted a small garden space to grow what was basically going to be a lasagna garden for us: tomatoes, peppers, herbs, green beans, and a few more things.

But because we hadn’t discovered that there might be a better way of doing what we really were looking for, we made a few mistakes along the way and wanted you to learn them before you tackled this project yourself.

We didn’t build up our square foot gardening area. We went down. (Imagine this space without the wood on the edge. I never took a photo of the original area, but this is the same space, 2 years later as we were celebrating a version of National Naked Gardening Day and rebuilding our bed.

What we did do was take our garden soil, mix it with new amendments, and had more great soil to add-in. There’s just a problem doing this. It’s hard. And unnecessary. And if you have grass that creeps as we do, you spend so much time just keeping the grass out of the bed because there’s no barrier. Go up. 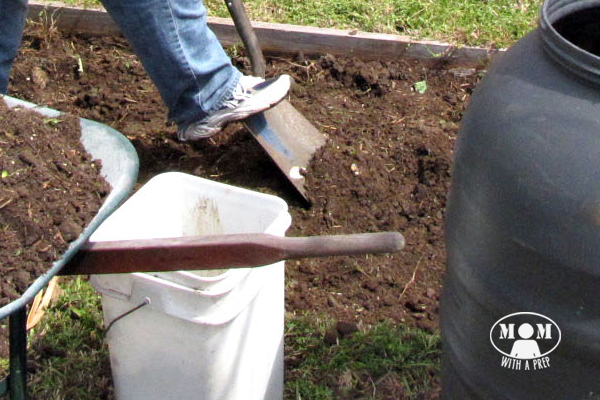 Mistake #2-4: We positioned it badly

#2. We put our square foot gardening area too close to the fence. We couldn’t use the Weedeater in this space, hand pulling was fine when a child did it, but it was hard for me to get in there and do it. Once the crops got tall enough, it was next to impossible to maintain the growing weeds, the invasive vine that’s all over our property, and just keep it all from growing into the bed.

#3 We also ran the bed parallel to the fence. In hindsight, we should’ve done a vertical bed, and had room for a 2nd bed in not much more space than it takes up now. There would also be twice the space in this area to plant. While this size bed is great for square foot gardening, sometimes harvesting from the back was not the easiest, though not impossible. It just could have been positioned much better.

#4. We didn’t put down a weed barrier outside of the bed. It would have been better had we done some kind of formal weed/grass barrier behind it, with weed cloth and mulch or other covering. It would have saved us a ton of time and exertion in trying to keep that stuff cut. 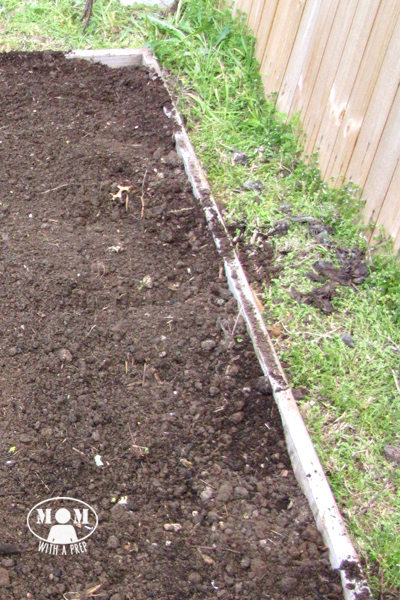 Granted, we did this with the least amount of money we could possibly do it with. We also had some old 2×4’s in the garage, we used those to create the frame for the bed. They just don’t last. This is the biggest reason why we dug the bed up from the first photo – the frame had rotted away in a couple of places after just two years and was useless.

Use cedar. It’s not that expensive if you follow this advice on how to get it for cheap. There are other materials you can get, but cedar and helps repel some bugs!

*(And because people will ask – the white stuff is sugar. We didn’t have any dry molasses, and sugar is a good substitute if you don’t. The idea is that the sugar helps feed the good microbes in the soil. They multiply and create all sorts of organic matter, and are good to keep the area healthy, and when they die, they become good organic matter. This all creates awesome soil and feeds the plants. But as you’ll see further down, we made another mistake that made this virtually useless for the first two years or so.)

The only problem comes when you use cardboard that is layered too thick or you use cardboard that has been printed on one side fully, like many of the product boxes you can buy in the store. You want plain cardboard with a very little coating on it. Why? Because you’re preventing water from draining properly, so you end up with a wet and soggy mess that doesn’t drain.

This invites disease and bugs and leaves you with a garden that may not produce well. Maybe in a drought-ridden area that might be a good thing to help keep moisture in longer, but for the most part, it just causes your roots to rot, your plants to turn yellow and sickly and not produce, and the bugs to invade. 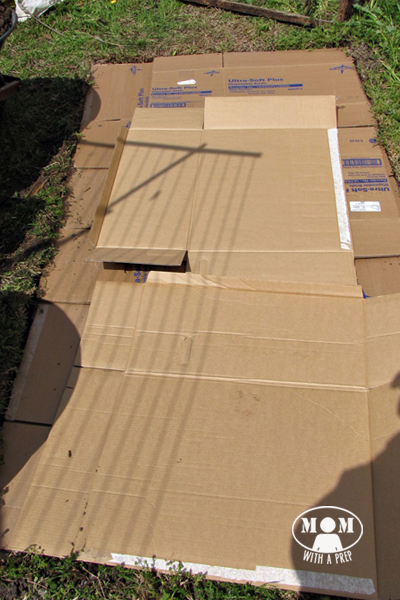 In our case, we used too much cardboard hoping to keep out the vine. And it worked. But it almost ruined our garden in the process. Sometimes less really is more.

We live in an area that has been on drought alert for years. So watering our garden always felt like we were doing something horribly wrong, even though we hadn’t quite reached the level of “do not water your garden.”

Hand-watering is fine, but at dawn or at dusk, I wasn’t a fan of standing out in the yard as a tasty meal for the mosquitoes while I watered. And while we used those cute little circle watering devices, it didn’t always reach the whole area of the garden and NOT water the grass/weeds/vine behind it that we didn’t want to water.

The good thing about it is that it was easy to move and took up very little space, and we could turn it on low and it worked almost like a drip sprinkler, though only in a smaller area.

Built-in drip irrigation with a soaker hose (like this one we use now) OR one of those cool PVC frames would’ve been a great addition to the garden the first year.

Even all these years later, we still haven’t done it. This tutorial by Rick from Stoney Acres is a great walkthrough on how to build your own PVC watering system, which works really well for those of you with larger garden spaces, and you can configure it any way you need to.

And remember, a timer is really helpful in not overwatering your yard.

A lot of times people forget to turn the water off because they couldn’t hear it in the house because it’s not running full blast as with traditional watering.

Or even better Rick has made a 1 1/2 hour video course giving you step-by-step instructions on how to build a PVC drip system. CLICK HERE for more information about the class!

What We’ve Learned from our Square Foot Gardening Mistakes

1. Create smaller beds that are easier to maintain in tight spaces. The next beds going up will be perpendicular to the fence line so we can get more plants in.

2. Build UP! We have fixed that problem, and are even coming up with a new version this year that we want to test out (more on that later).

3. Use the cardboard method we tried, but just use less of it! You want it to be gone after a while to help use that good soil you’ve created underneath, too.

4. If you’re not going to dig up the whole area, use some sort of mulch to line the spaces between your beds. You’ll thank me for it later, I promise! We use cardboard and mulch.

5. Read everything you can about Square Foot Gardening so that you can do a better job next time.

YOUR THOUGHTS: What have been some of your greatest gardening blunders or lessons learned?

Get even more gardening ideas here: 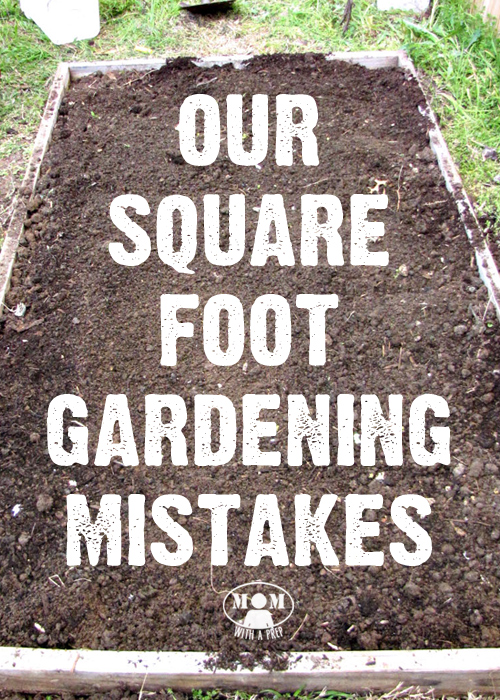