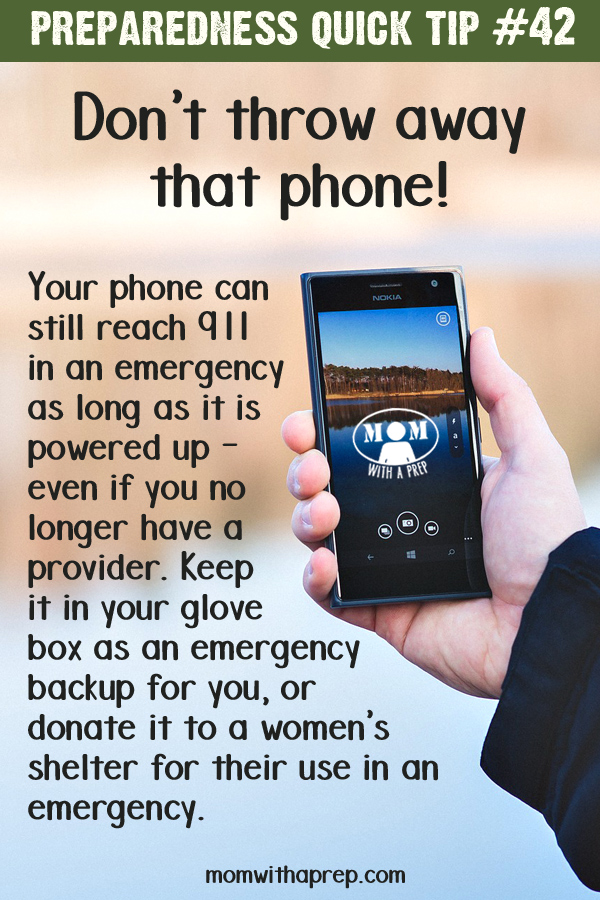 If you have an old cell phone that you’re thinking of tossing because it’s just too old, think again! You can charge it up, stick it in your glove compartment or emergency bag and use it as a 911 phone in cases of extreme emergency! According to the New York Times: Any old, decommissioned cell phone can be used to make 911 calls, as long as the battery is good.   The Federal Communications Commission requires all cell phone service providers, like Sprint, AT&T and Bell Atlantic, to accept 911 calls from any wireless phone — even one that no longer has a phone number or service contract.

Tips to using a “dead” cell phone to save your life!

You will still have to tell the 911 operator where you are since the “dead” cell phones can’t be traced, but in a time of extreme emergency when you’re phone might be dead, broken or simply gone, this old throwaway might save your life!

Additional tips from the FCC in using a dead phone:

How else can you help?

There are also agencies who take donated cell phones and put them to good use. Here are just two: Secure the Call: provides free 911 Emergency-Only cell phones to senior citizen centers, domestic violence shelters and police and sheriff departments which in turn are given back to the community and used to contact the police in case of an emergency. Cell Phones for Soldiers: Cell Phones for Soldiers has worked to provide free communication services to active-duty military members and veterans. For a decade, the charity’s longstanding calling card program, Minutes That Matter has provided servicemen and women with an estimated 3 million prepaid calling cards, equating to more than 213 million minutes of FREE talk time. If you like the information in this post, please share it with your friends!